The busyness has begun again!

It’s exhausting, but also very thrilling! I just love getting to be creative with so many people. Last year (2017) was such a year! I added so many art teaching jobs to my life. And, WHOA NELLY, am I busy. Christmas break was such a relief...and far too short, but it wouldn't have been much longer before I was terribly bored.

And it wasn't THAT empty.

I still managed to make art!

I collaborated with one of my favorite artists. I've been a fan of his for over a dozen years! He's so creative and fun...my son. :)  This was COMPLETELY his idea, and I just helped me get started and gave him pointers here and there. I actually only drew the bit inside the tv. LOVED doing this with him and his gift recipient (his dad) also loved it! 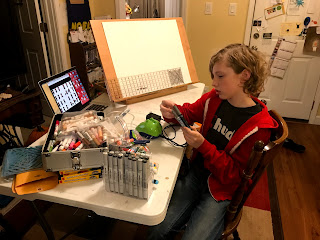 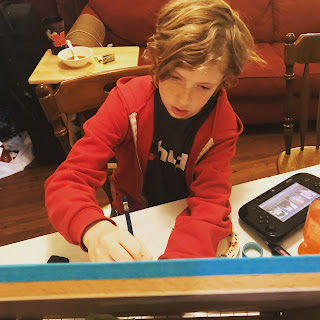 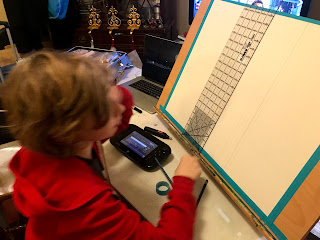 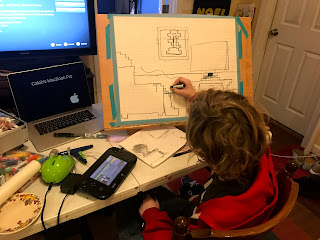 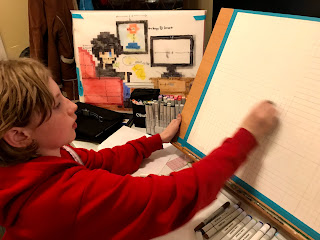 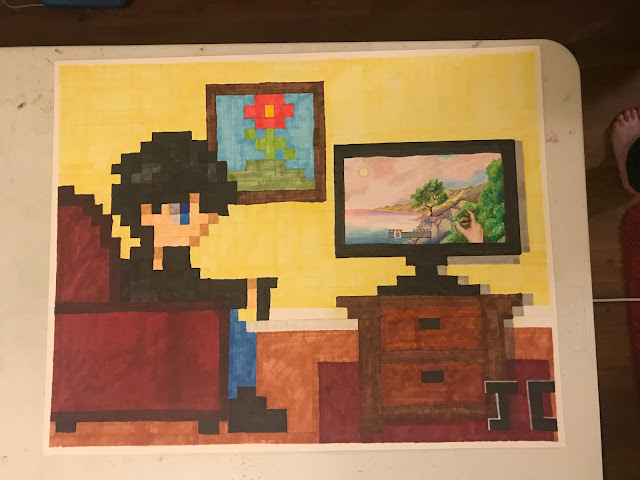 I also played around some more with my Crayola airbrush gun. That was FUN! Laborious. But fun!! 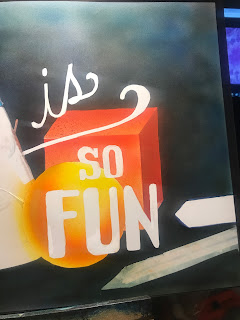 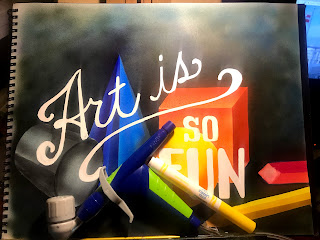 I tried to use liquid frisket in one place, which you can see DID NOT turn out well. But for just playing around, I think it looks alright and it's CRAYOLA MARKERS! How cool is that?!

Lastly--I spent SEVERAL hours at the Apple Store trying to repair/replace a phone with my husband....and while he did all that, I played with an Apple iPad Pro. SO NICE!!!!


I was pretty amazed at what I did with no references--I haven't drawn a portrait with now references since I was about twelve. So yeah....I'm happy with it, flaws and all.

Now I'm back to packing and unpacking, and writing, and emailing, and painting, and drawing, and organizing, and studying, and making flyers, and teaching classes and promoting classes....and I LOVE IT!!!!
Posted by Cassel Creations at 2:54 PM

If you'd like to inquire about a commissioned piece or to purchase one of the pieces on my blog, or if you have other questions or comments, you can email me at:
casselcreationsart@gmail.com